Here we are folks, the long awaited Crisco Sandwich Spread from page 54 of "12 Dozen Time-Saving Recipes." I must admit I was a bit shocked at the outcome, it wasn't nearly as disgusting as I thought it was going to be. 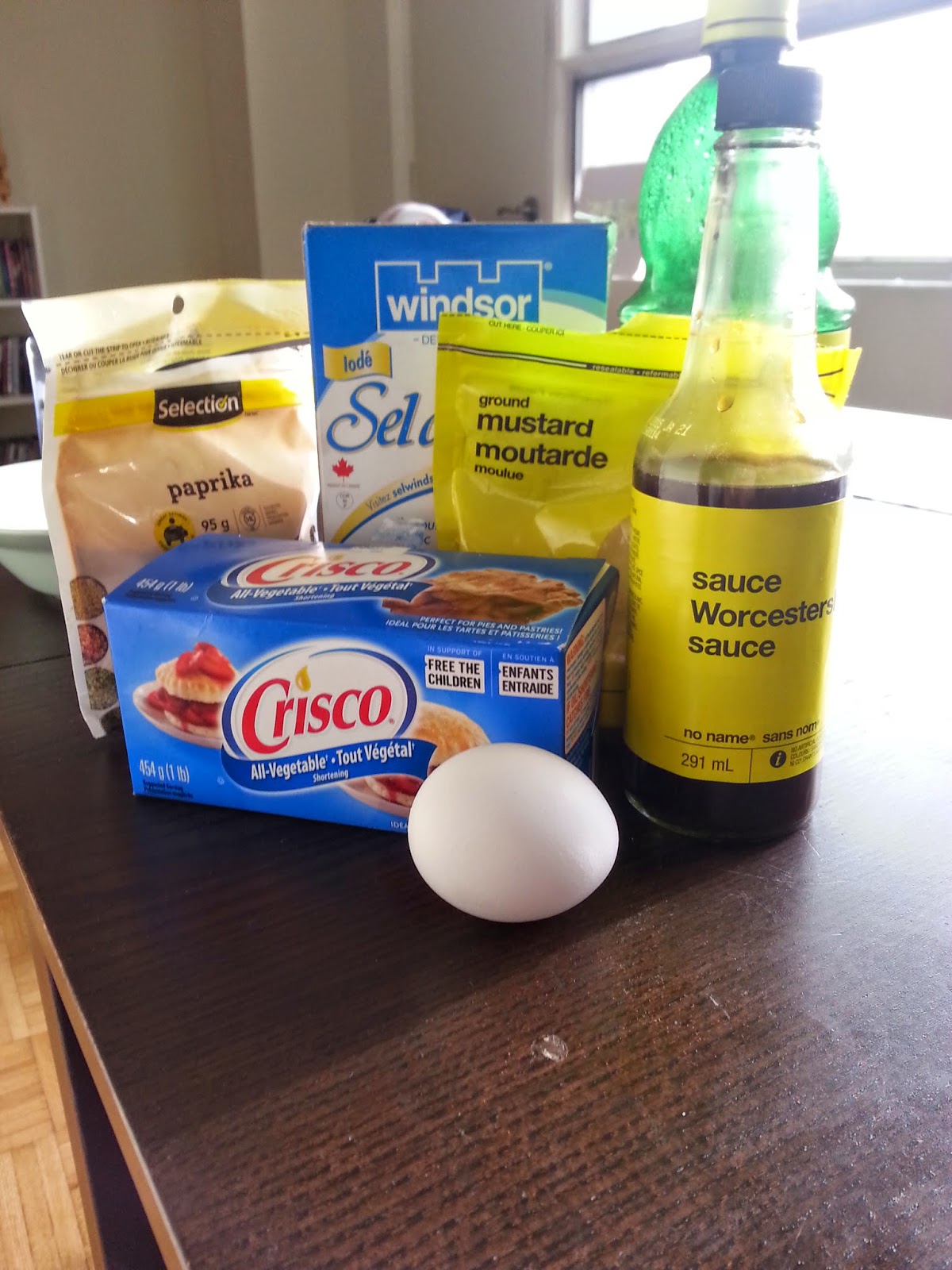 The ingredients for the spread included, paprika, "a few grains of cayenne," Worcestershire sauce, salt, lemon juice, and egg yolk, vinegar and of course Crisco. Obviously this was published before eating uncooked eggs was seen as a no-no. There is still a debate about eating raw eggs, but it's never really bothered me so I went along with it. 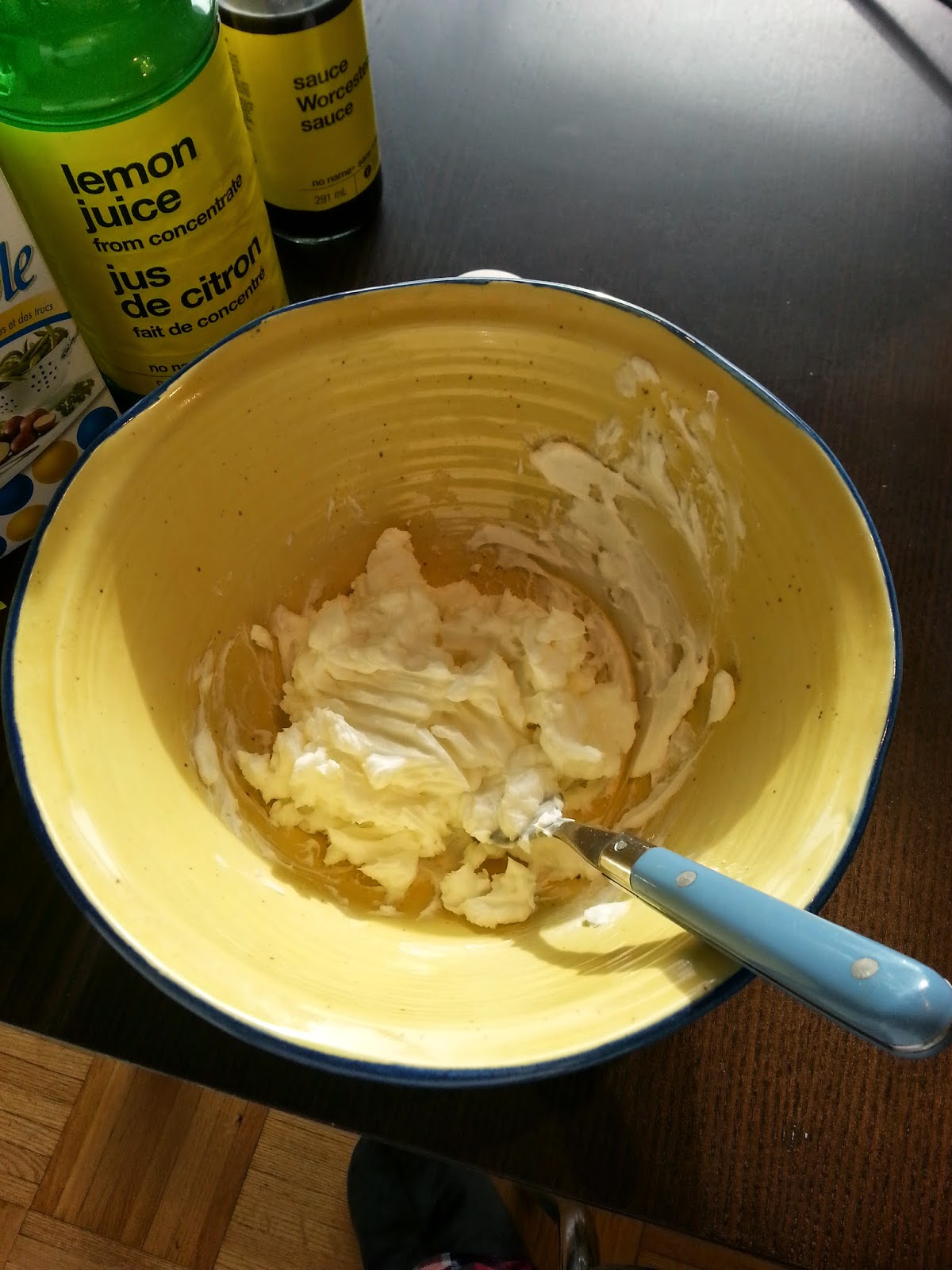 The first step was to cream the Crisco, which isn't really that difficult of a task since it is so soft to bring with. I wasn't really sure if I was doing it right, but i just kind of beat it around the bowl until it seemed to be a bit fluffier than it started as. 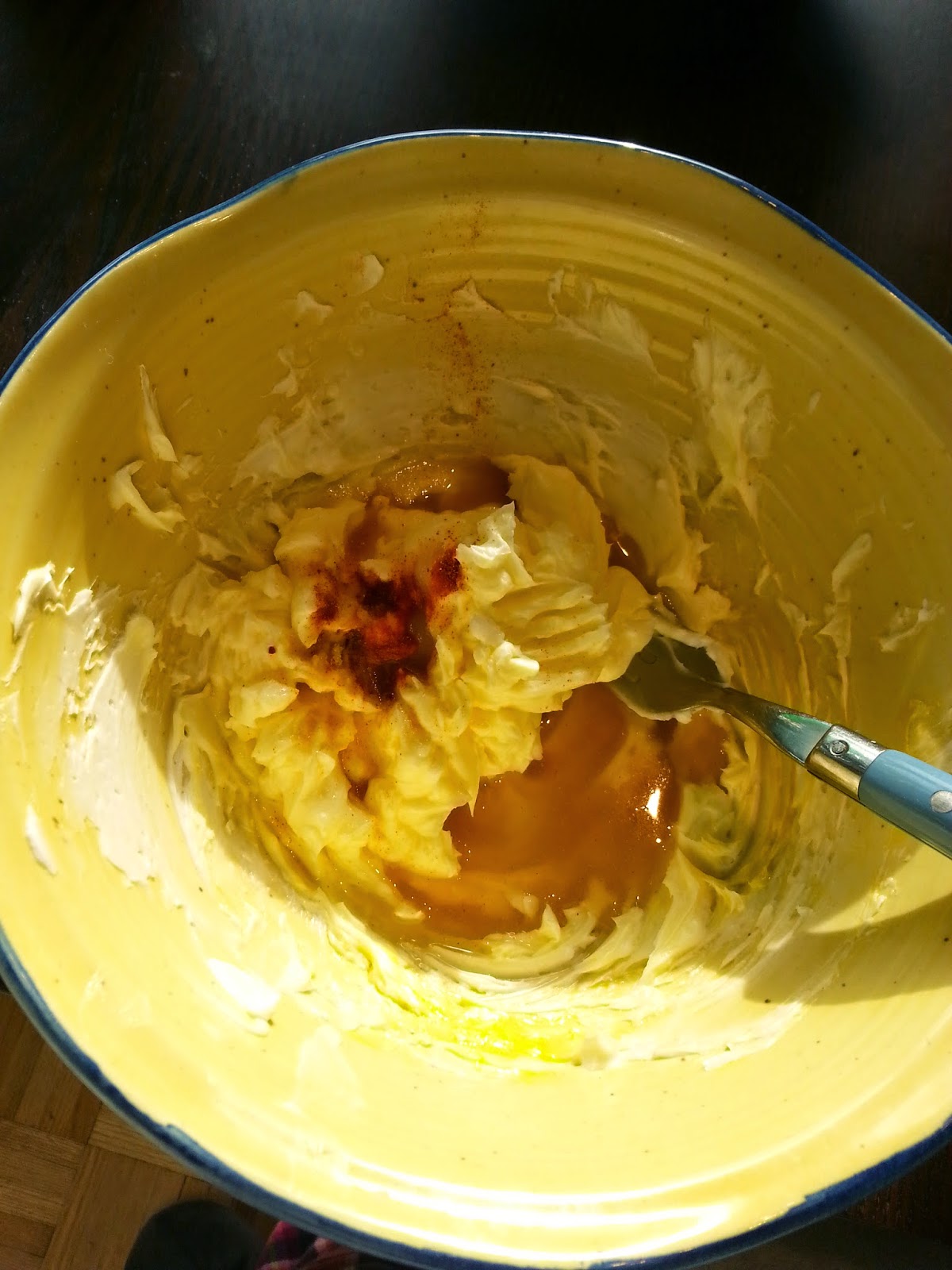 Next i beat in the egg yolk and added the spices. I had some trouble with the mixture after adding the lemon juice, Worcestershire sauce, and vinegar since the Crisco did not want to absorb the liquid. It was a bit like having oil and water in the bowl with the lump of Crisco just sitting amid a sea of lemon juice. I really had to work to blend it together and even then I had some excess liquid. 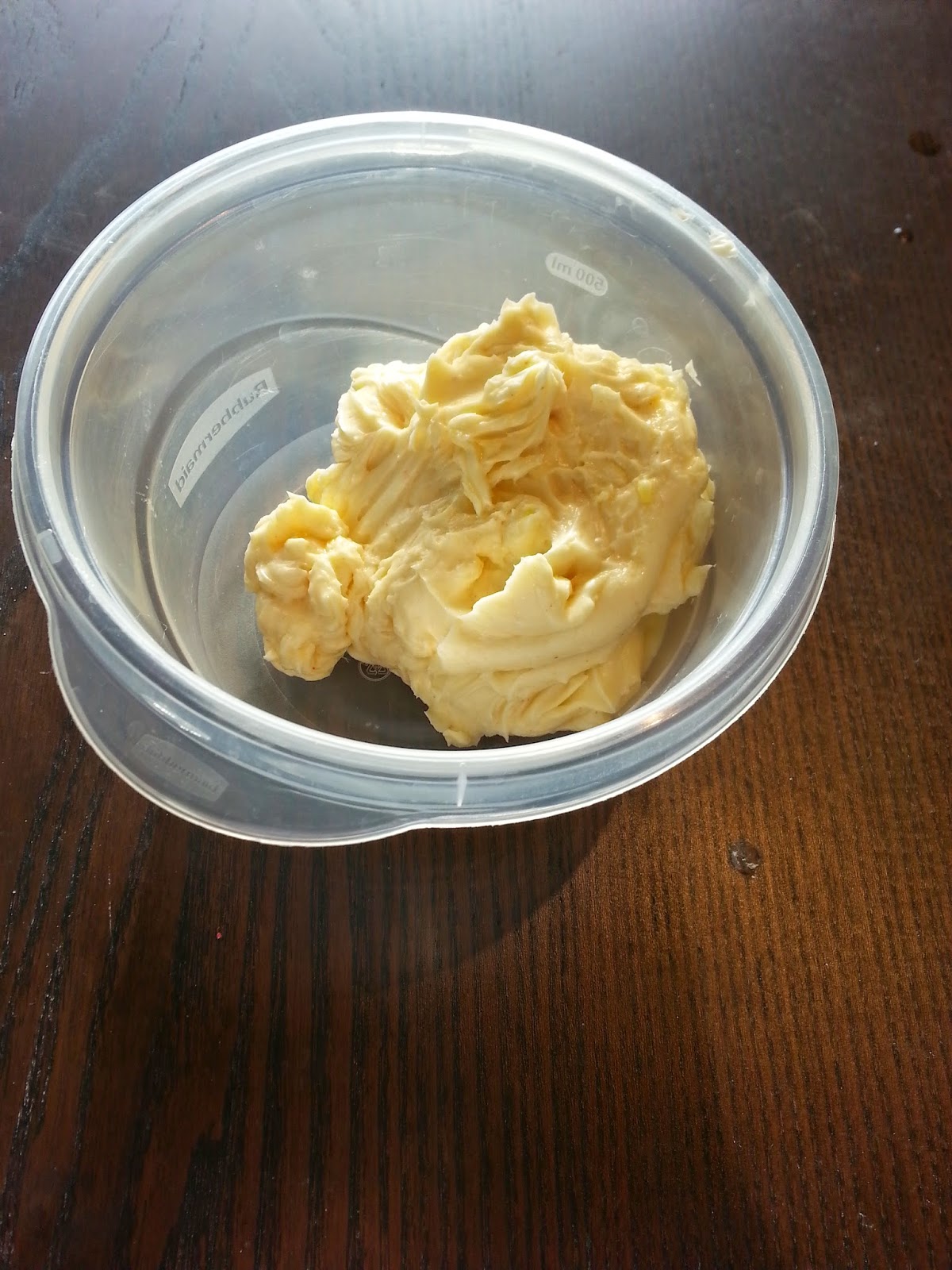 The finished product, looks so appetizing doesn't it? At this point I wanted to do a taste test but just couldn't bring myself to even lick the fork I had been using to mix everything together. 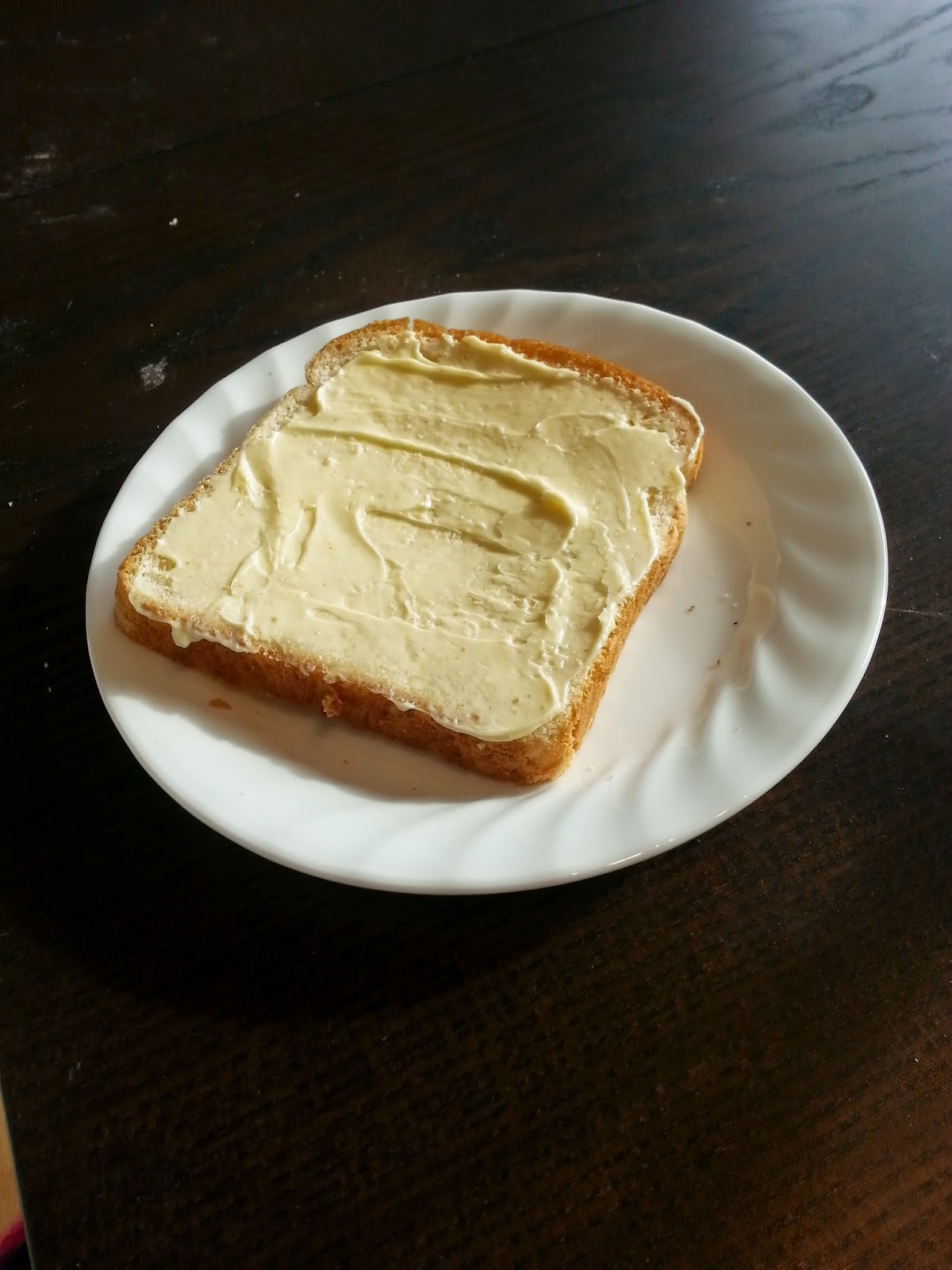 Instead I spread some on a piece of bread and took a bite. Overall it wasn't that bad. The lemon juice is definitely the overpowering taste and the paprika and cayenne add a nice kick. I just couldn't get over the texture however. It's almost like it coated the inside of my mouth and I just couldn't get rid of it. It tasted almost like miracle whip mixed with butter, and you can interpret that as being either a good thing or a bad thing. I, however, am definitely not trading in my margarine or miracle whip for any kind of sandwich spread made with Crisco.