Adventures With Crisco Part One (Biscuits)

Last week I posed about a vintage cookbook I found, "12 Dozen Time-Saving Recipes," in which Crisco was a featured ingredient. I decided to try some of the recipes in here, the first on being Baking Powder Biscuits. 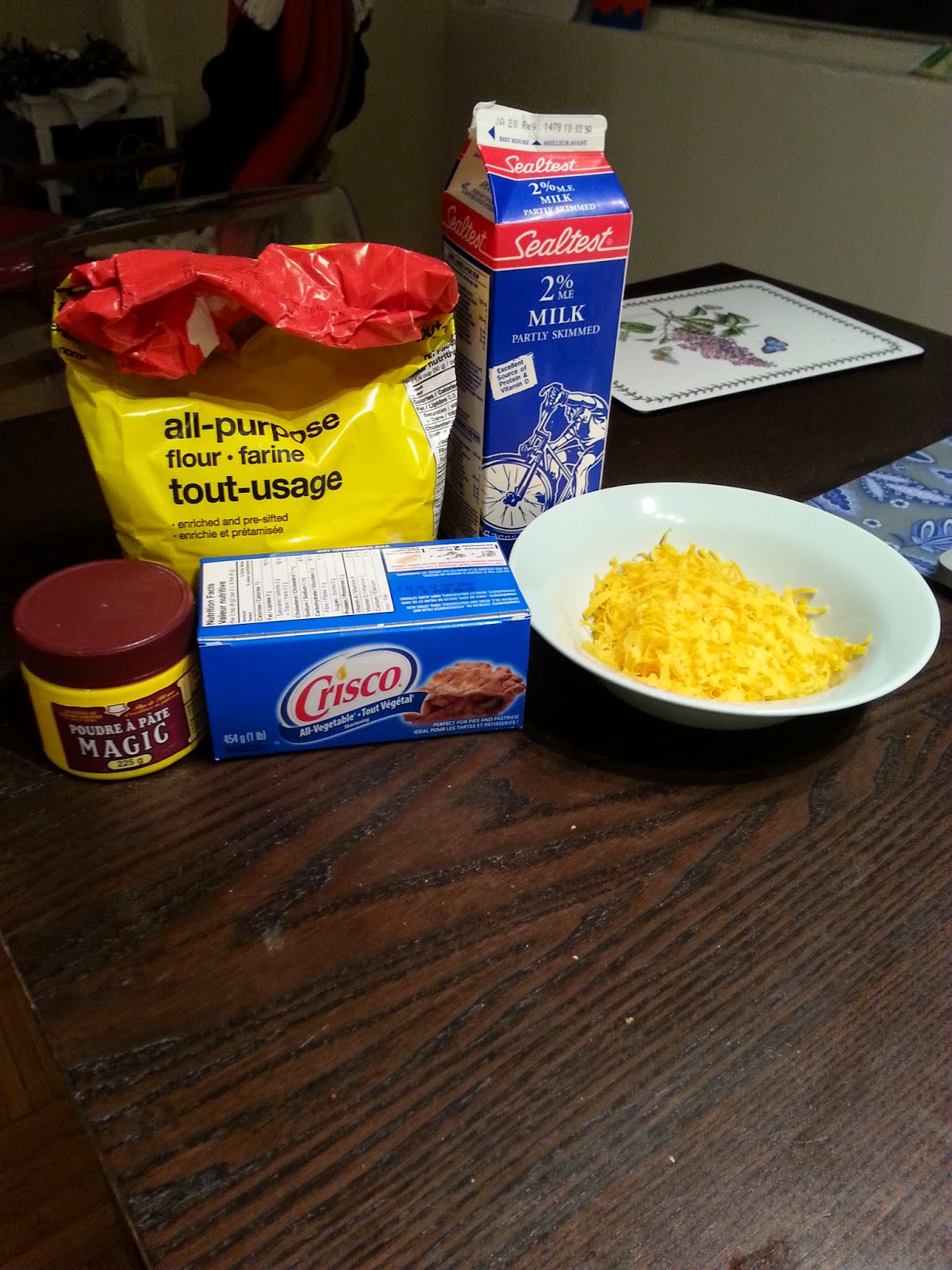 I have always loved making biscuits, especially with cheese. They are the perfect snack, and easy to eat on the go. While I normally make them with butter, the recipe called for Crisco instead. 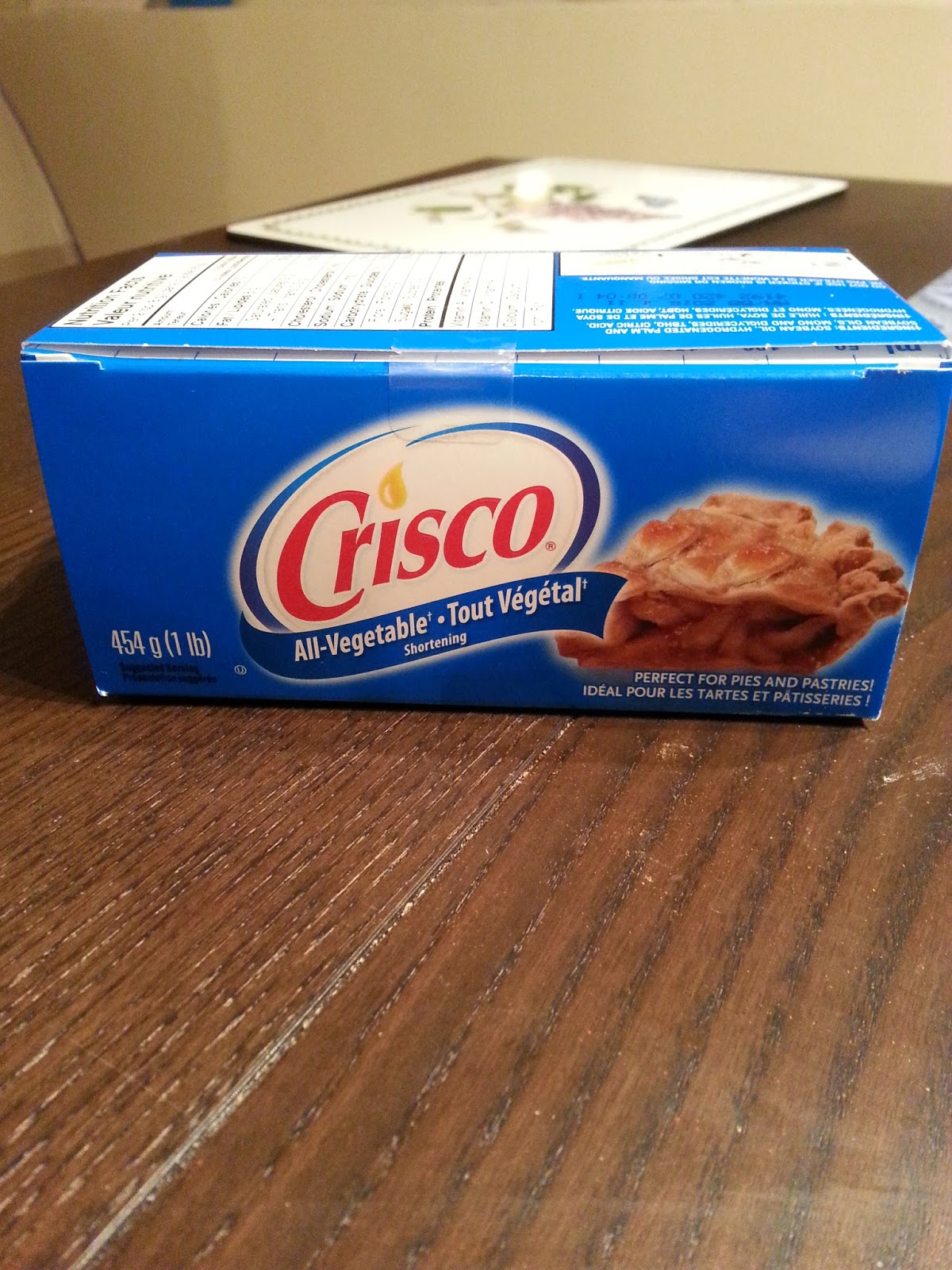 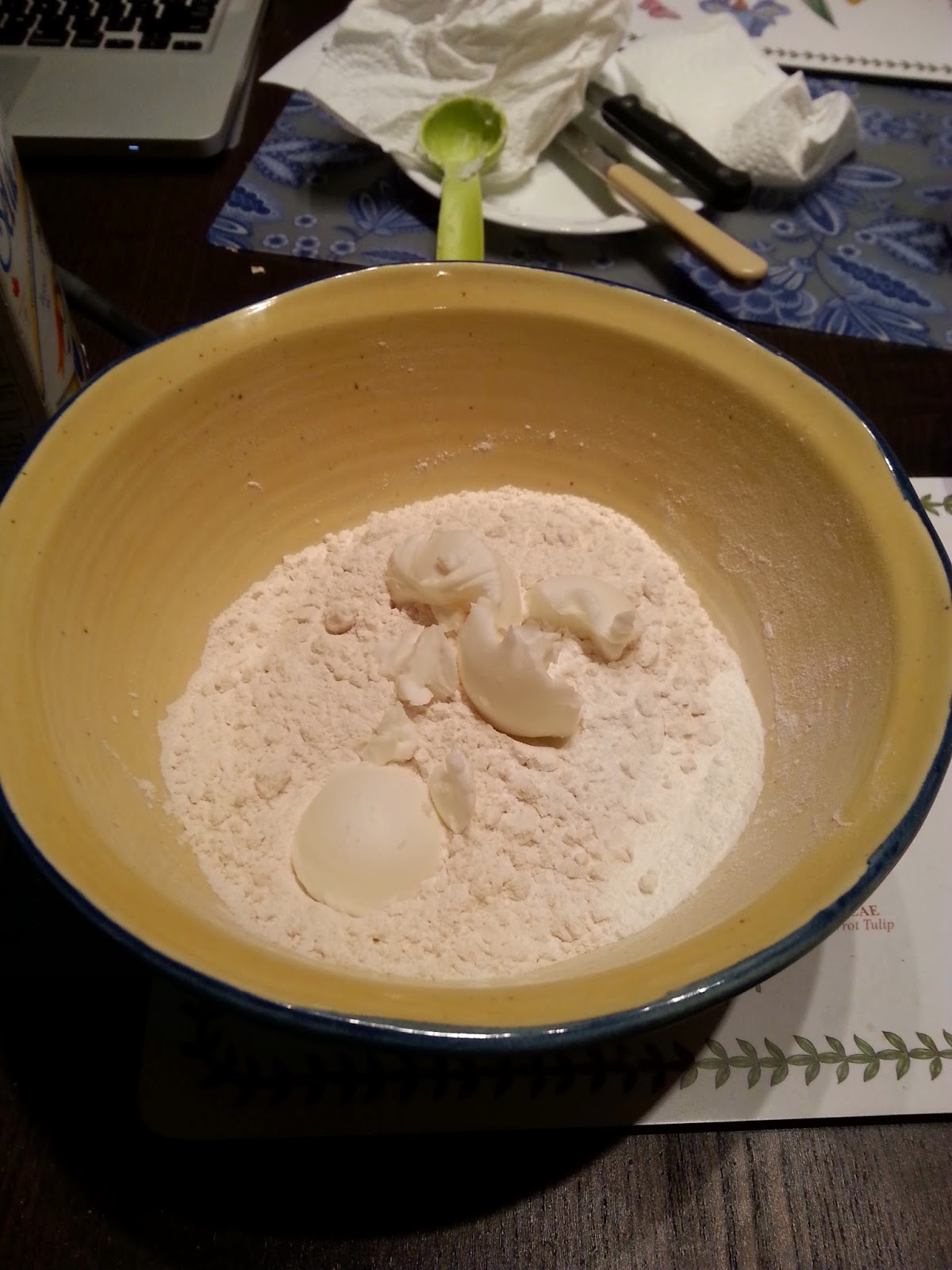 Crisco is much softer than butter, so having to "rub in Crisco with finger tips" proved to be an interesting experience. I would recommend using a hand mixer if you have one, as Crisco is quite Greasy and it took me some time to get it all off my hands. The recipe also said that you could "cut in with knives or forks" but Crisco is so soft, I just didn't see that working well either. 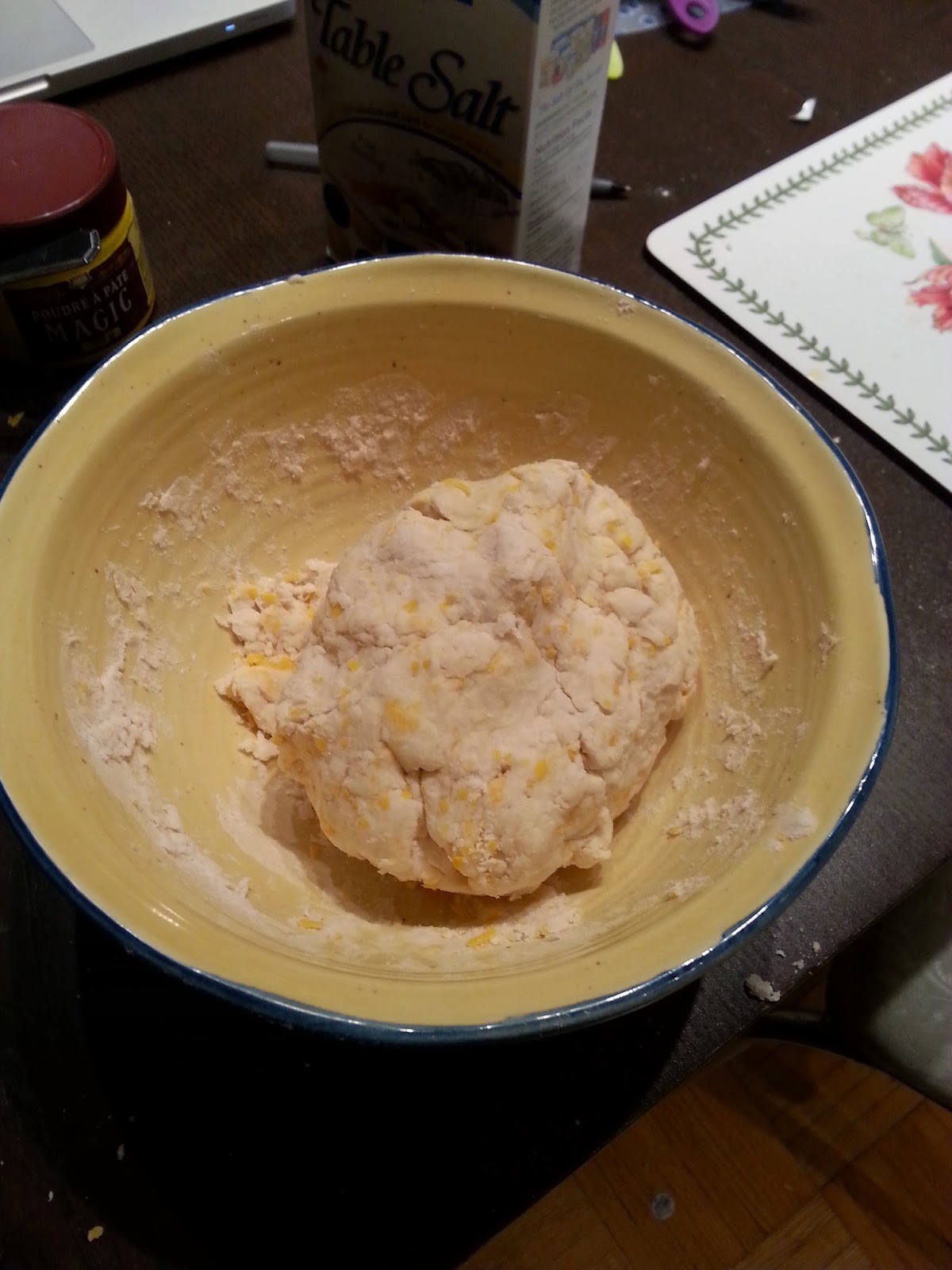 The dough was also a bit dry, so I added a bit more milk. I probably should have added more and when I was forming the biscuits the dough tended to crumble. Adding cheese probably contributed to this a bit. 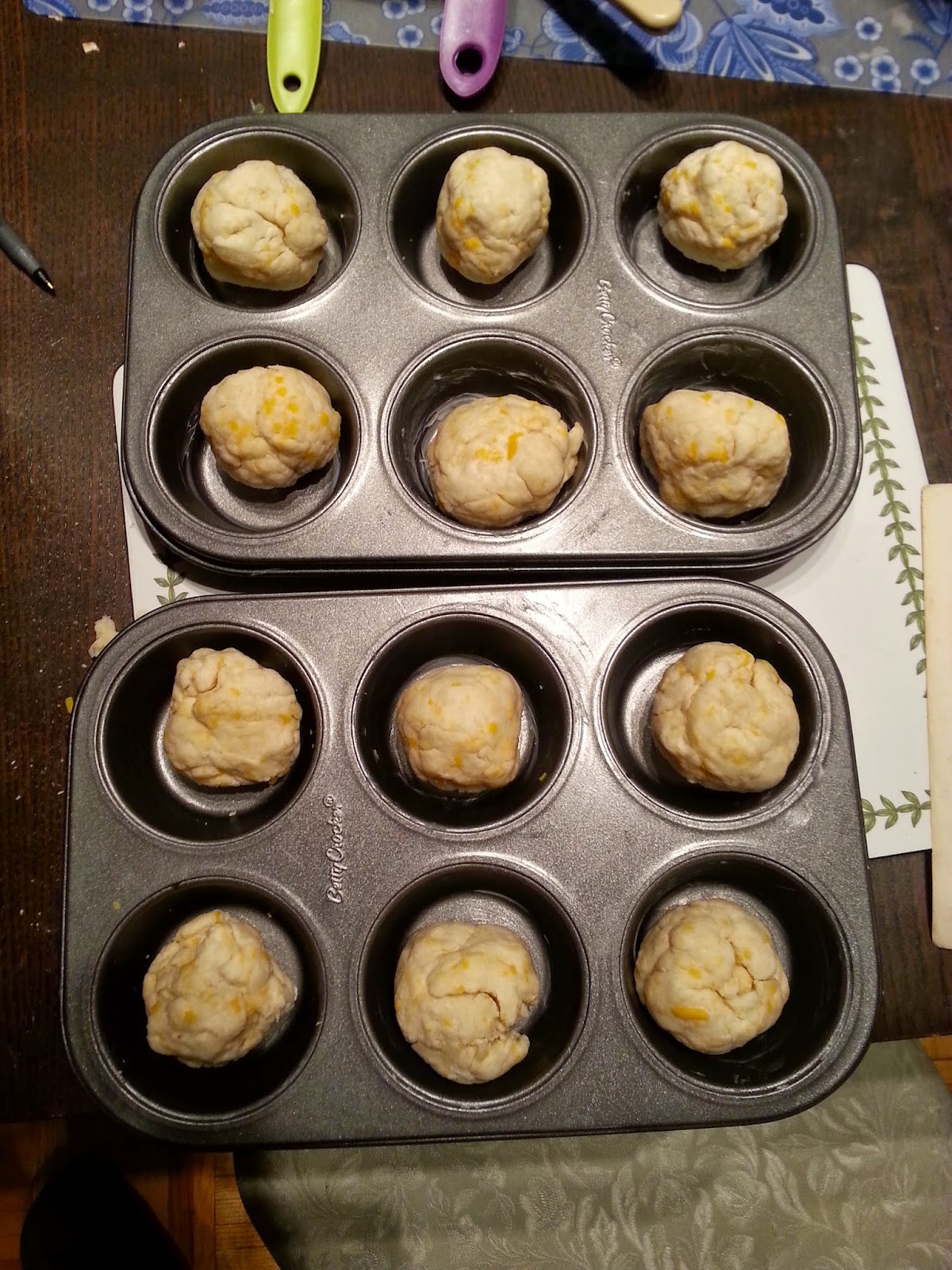 The recipe advised using a greased muffin pan and simply to "drop" balls of dough into it. Even though the pans I have are non-stick, I still greased them with Crisco because, well, if we're doing this, we'll do it right. 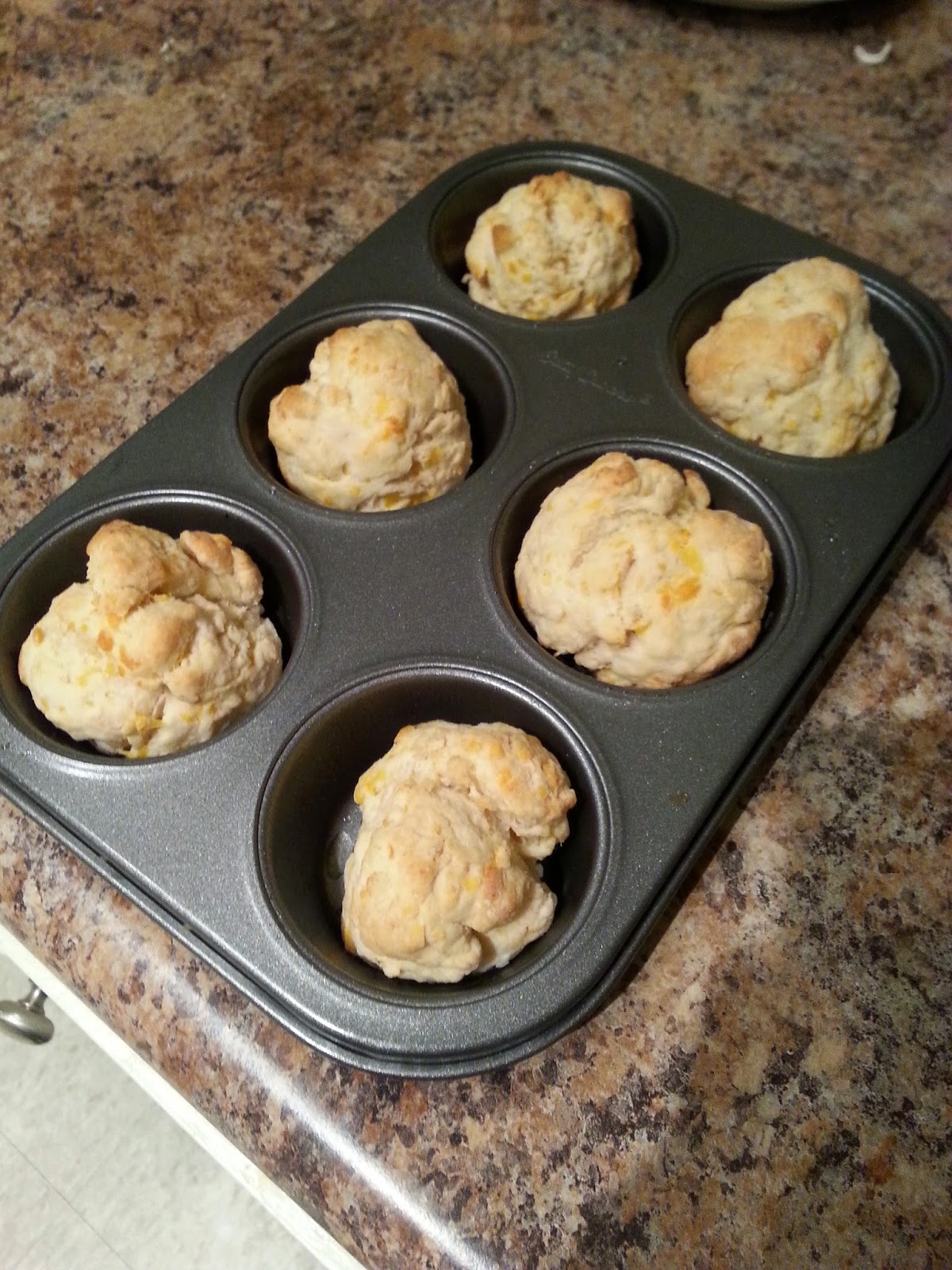 Overall I was pretty satisfied with the biscuits. The were a bit salty and dry, but adding a bit more milk and a little less salt would remedy this. While they are missing that buttery taste, the biscuits still retain a "melt-in-your-mouth" like texture which is something I'm all about. Leaving out the cheese and using water instead of milk also makes these biscuits vegan. I don't think I'm willing to give up butter altogether, but in a pinch, Crisco definitely works as an alternative.

Sift dry ingredients, rub in Crisco with finger tips or cut in with knives or fork. Add liquid and mix to a soft dough. Toss on slightly floured board, pat into shape and cut with biscuit cutter or stop from spoon into well-greased muffin tins. Bake 15 minutes in a hot oven (450 degrees F)